There are many reasons a guest VM can have an unstable network connection. Here, I’ll detail one of the lesser know causes. This issue was previously unknown but is now listed as a known issue with the versions of VMware Tools current as of the time of this writing.

It’s a well-known and well-documented practice to ensure the various Guest Introspection components are not installed unless the services are in use. What you may not know is that previous versions of the VM Tools either inadvertently installed these services or failed to uninstall them properly.

The result of this installer error is orphaned installations of one or both of the Guest Introspection services. The VM Tools installer will not see them as installed in its database and will, therefore, not attempt to remove or upgrade them on subsequent upgrades. The issue is detailed in KB Article 78016, albeit under a somewhat cryptic name and description.

The orphaned service installations can sit dormant on a VM guest for quite some time, without issue. In this case, the VM was being upgraded from Tools version 10.2.5 to 11.0.5.

The environment consisted of two (2) test VMs which comprise an application cluster. Permission was given to upgrade both the VM Tools and VM Hardware on the inactive node of the cluster. The automated VM Tools upgrade, via the “Upgrade VMware Tools…” vCenter menu option, appeared to execute flawlessly and reboot the guest VM’s OS, as expected.

Shortly after the guest VM was returned to service, application administrators reported seeing cluster communication failures in their application logs.

After extensive troubleshooting, it was determined the network instability was triggered by the activation of the File Guest Introspection filter driver. Because this behavior is well outside the norm for the File Guest Introspection components, a ticket was opened with VMware GSS. The unusual behavior was demonstrated to GSS and the issue was immediately escalated to VMware’s Development team.

Even after a complete removal and installation of the VM Tools, the request from development came back the same: if not in use, remove Network Guest Introspection.

Finally, a remote support session with VMware GSS and Development revealed the root cause of the issue: an orphaned installation of the Network Guest Introspection components. The services and kernel-mode drivers were present but the VM Tools installer had no record of them.

Now we have two new challenges:

Please Note: As with any scripts found online, the scripts referenced in this post may be disruptive and must be understood and run against test assets first.

After a recent outage a customer was unable to bring their VCSA back online. A quick investigation showed that while the VCSA was powered on after the host failure, the virtual NIC was disconnected. The customer simply logged into the host and edited the settings for the NIC to get things back online: Not quite. […]

Recovering from a hostd unresponsive event

The hostd service is the life-blood of your ESXi host. Because hostd is involved in so much of the behind-the-scenes work of ESXi it can be easily affected by changes in storage or network topology. Here is how to recover when hostd is unresponsive.

After a 6 hour round of maintenance one night, we ended up with a fouled External PSC and vCenter server. VMware wanted us to pull logs from the ailing systems but we had restored from backup leaving the non-functioning VMs in place with a different name. Obvously, we couldn’t boot the VMs in the Production […] 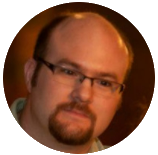 Bill Wall is a System Engineer for Eagle Technologies, primarily focusing on offerings from HPE, VMware and Qumulo. He has a vast amount of experience traversing nearly all regulatory environments and diverse technology stacks. This experience affords Bill the ability to assist with technology across a vast number of vendors and solutions.